Nose Shaping | What Are the Changes in the Shape of the Nose After Rhinoplasty?

Home/Face/Nose job/Nose Shaping | What Are the Changes in the Shape of the Nose After Rhinoplasty?
Previous Next

Nose Shaping | What Are the Changes in the Shape of the Nose After Rhinoplasty?

What Are the Changes in the Shape of the  Nose After Rhinoplasty?

Before any rhinoplasty, it is important to have a thorough discussion with your surgeon about your goals and expectations. This includes the desired changes in the shape of the nose, as well as what to expect post-operatively. Rhinoplasty | Grand Genesis Plastic Surgery | Toronto

If a good rhinoplasty is done on your nose with the best rhinoplasty surgeon in Toronto or anywhere in the world, no matter man or woman, there will be positive changes on your face. If you trust your surgeon and have realistic expectations of the outcome of the operation, you will end with an attractive-looking nose that aligns with other parts of the face. However, you should be aware of how your nose changes over time. These are not negative changes, but changes that occur during your recovery and in the end, a beautiful and new nose appears.

Immediately after the nose shaping surgery

You should rest after rhinoplasty. Do not bother to look ahead to see visible changes in the nose. Because at this time, it is difficult to see the shape of the nose with the swelling. Swelling of the nose after surgery is completely normal and is a natural process of healing by the body and is not a cause for concern.

One week after nose shaping surgery

To protect the nose, a protective splint or bandage is used, which is removed after a while and the nose will have a basic shape without a noticeable change. There is some swelling, although the bridge of the nose is more prominent depending on the purpose of the surgery.

Inflammation must have dropped significantly by this time. Now you can notice the changes in your nose. The bridge of the nose is well-formed and its tip is in its new place. For some people, the swelling goes away after three weeks, while for others it can last longer. Changes are minor between three weeks and three months after surgery.

Six months after the operation is the time when the results of the rhinoplasty show themselves completely. The tip of the nose has a definite shape and the sides and bridge of the nose will be symmetrical with other parts of the face.

Depending on how the body recovers after surgery, it can take up to two years to see the final results. The most important part is that the results of rhinoplasty are permanent. But if you have an accident, have trouble breathing, or notice the effects of aging on your face, secondary rhinoplasty will also be available. This procedure is a rhinoplasty that restores the shape and function of the nose so that the result is the same as the results after the first surgery.

What are the changes in the shape of the nose after a nonsurgical nose job (filler nose job)?

Check out the list of the nose job price here.

Nose job men | Men’s expectations of the final shape of the nose.

Characteristics of the Best Rhinoplasty in Toronto | Surgeons of Toronto 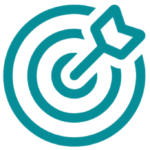